Water is vital for all kinds of life and Earth processes and it is likely to be one of the most pressing environmental concerns of the 21st century. This research aimed to identify existing and emerging water conflicts in the Cerrado biome of the Goiás state in Brazil. This was done through a series of fieldwork visits in August 2015.

The Cerrado biome is the second largest vegetation formation in South America after the Amazon (see Figure 4.1). Half of the biome’s vegetation has already been lost to activities like sugarcane, soy, cotton and cattle farming, energy production and the built environment. In addition, the waters that rise in the area replenish three main aquifers and five of Brazil’s eight largest river basins. Moreover, the waters in the region generate more than half of the electricity in Brazil (WWF Brazil, 2012). As a result, it is imperative to identify and document the water conflicts in the area in order to promote a sustainable future in the water, food and energy frontiers. 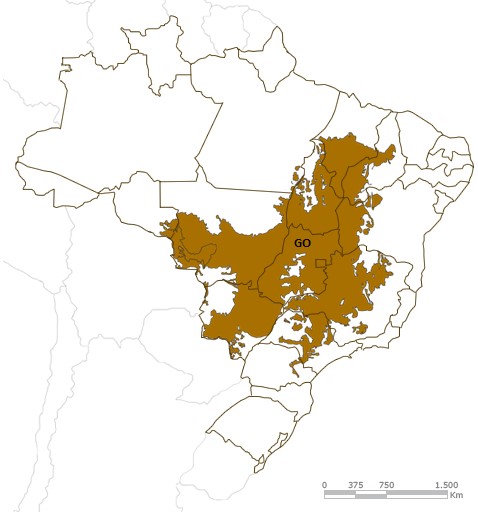 A total of three regions and nine areas in the state of Goiás were visited (see Figure 4.2) and more than 20 interviews were conducted with representatives from rural communities, NGOs, the local government and the business sector. 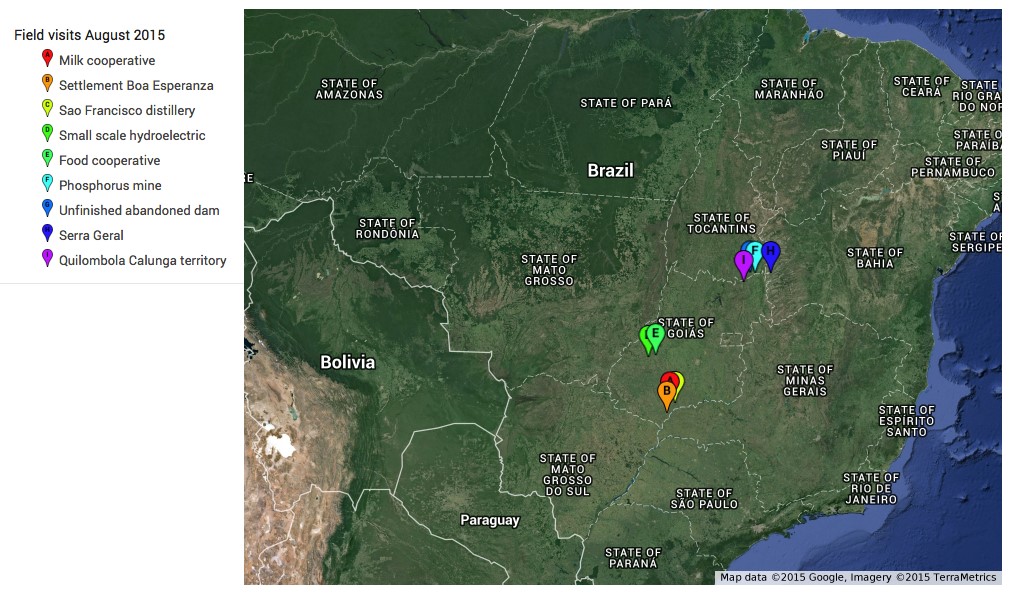 Field visits in the state of Goiás in August 2015. Author: Catalina Silva-Plata

The field visits conducted in August 2015 were exploratory in nature with the purpose of identifying the emerging themes of the water issues arising in the state of Goiás. The qualitative analysis of the data collected prompted four themes:

The following section presents examples of the water conflicts identified in the area and it is an on-going effort to understand the connections between water, industrial agriculture and rural livelihoods in the region.