Work, Water and Food on the Energy Frontiers: challenges and futures for 21st century technologies in Scotland and Brazil

As this project was being planned, protests against water shortages filled streets in São Paulo, further job cuts were being announced on Brazilian bioethanol plantations and UK North Sea oil platforms (by some of the same companies) and Scottish people were going to the polls in an independence referendum. Amidst ongoing conflict over climate change, energy needs and natural resource access, job security and public policy there is growing agreement that technology advances alone are not adequate to deal with over-exploitation of land, water and labour for food and energy production while economic uncertainty is an increasing rather than decreasing concern.

Despite modest policy shifts in response to global warming, unsustainable (fossil fuel) resource extraction and use has intensified while government and corporate investments in 'renewable' energy sources appear to have kept in place, or even intensified, inequalities in income, power and access to resources such as land and water.

These impact in particular ways on the quality of work and livelihoods of rural communities who depend on direct access to land and water for food production, community and cultural life. Against this backdrop a team of researchers with the support of the ESRC and CONFAP Newton Fund has been working across university departments and landscapes in Brazil, Scotland and other parts of the UK. They have engaged with rural and urban communities on the frontiers of food and energy production to better understand:

In this website we introduce the research team of staff and students that undertook research, exchange visits and workshops with a range researchers, workers, industry, communities and social organisations with a focus on two regions of Brazil and UK. The Cerrado biome of Goiás state in Brazil, a UN biodiversity hotspot, is one of the world’s fastest growing frontiers of agroenergy production from sugar and soya plantations and emerging research points to loss water and soil quality, rural depopulation and social conflict. Across the Atlantic in Scotland, where land distribution is among the most unequal in Europe, rural and island communities continue to face depopulation and struggle to realise sustainable livelihoods from food production.

In both regions, however, are working examples of real change that challenge dominant models of technological and economic ‘development’ and these feature under the research themes of Energy frontiers, Water and conflict and Work and land in this site. The stories of those whose banks store traditional seeds rather than bonds, who farm the wind for community benefit and who live by the small rivers that power an island challenge ‘how’ and ‘for whom’ technological, social political and economic developments are made.

Economic, environmental and climatic uncertainty raises new questions about how access to, and use of, energy, land, water and food is organised. New large scale sources of ‘renewable’ energy such as biomass (agroenergy) plantations and hydrodams are promoted as bringing development, trade and employment opportunities to rural areas. The research undertaken here in Brazil and Scotland by a group of social and engineering scientists alongside rural communities and organisations present particular social and environmental conflicts arising from new technologies, but also current and potential alternatives for renewable energy and food provision that promise improved relations between those who do the work, their communities and the natural environment. 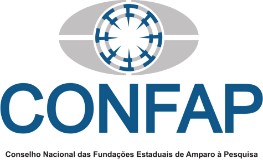 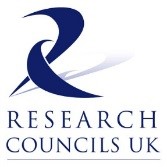 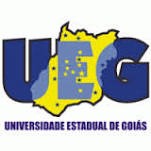